For decades, NASA has used a fleet of Airstream motorhomes to transport astronauts.

The Crew Transport Vehicle, also known as the Astrovan, is a NASA vehicle used at the Kennedy Space Center to transport astronauts from the Operations and Checkout Building to the launch pad before a launch mission, to the pad for launch dress rehearsals, and back to Operations and Checkout Building following a shuttle landing. The current model is a modified 1983 Airstream Excella motorhome and has been in use since the STS-9 mission in November 1983. 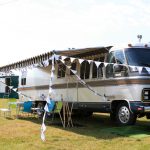 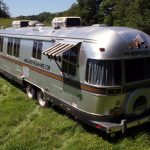 Boutique Camping: The 411 On The U.K.’s Best Overnight SpotsLatest News