The Camden Film Co hired the Airstream for the retired rock and roll stars motorhome in their next movie “Access All Areas” due for release in 2016.

The film chronicles the lives of Heath and Mia who go on a road trip to a music festival which changes their lives.

Produced by Bill Curbishley, legendary manager of The Who, Judas Priest, Robert Plant and Lynyrd Skynyrd to name but a few, Bill is also a long-time film producer. He produced arguably the greatest British coming of age film of all time in Quadrophenia.

Rob Da Bank provided a unique music mix for the soundtrack and allowed filming at his Bestival Festival. Can’t wait to see the Airstream on the big screen! 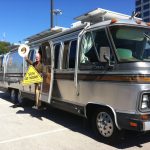 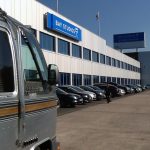