Our Airstream was used as the rock stars personal motorhome in “Access All Areas”. A film about a gang of teenagers who go on the run to an island music festival, to be released later this year. The festival scenes were filmed at Bestival on the Isle of Wight but the scenes with the Airstream where filmed at a studio in Bristol. 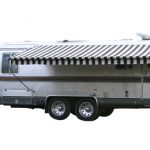 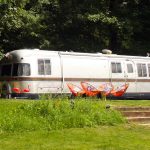